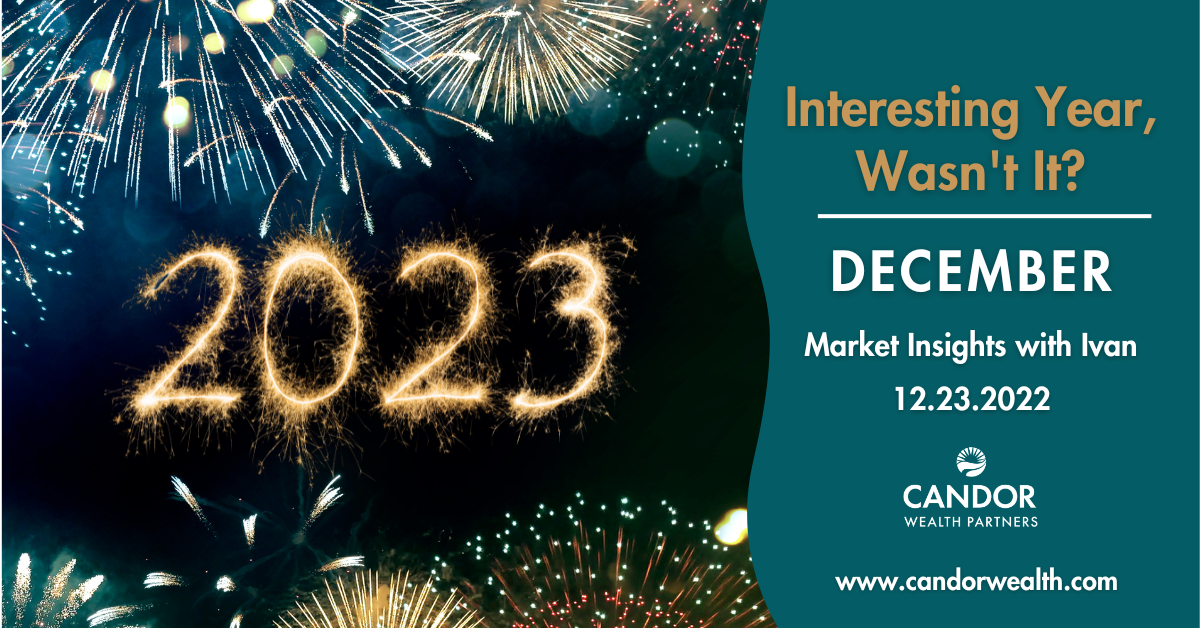 The United States of America.  From its infancy in the fifteenth century to present day, we have been blessed to become the meridian of global commerce and the north star of financial markets worldwide.  Our currency is the benchmark for most others, and even some countries like Ecuador, El Salvador and Zimbabwe, reference our dollar to standardize their currency value, thus adopting it as their own.  Because of its historical stability, many foreign central banks even hold their reserves in US dollars.  Throughout the world, oil and other commodities are commonly priced in US dollars.  So, it stands to reason that when Uncle Sam affects our own currency, it affects the world.

Webster’s dictionary defines the word interest as a. the charge for borrowed money; generally a percentage of the amount borrowed, or b. the profit in goods or money that is made on invested capital.  I like to think of interest as the amount of premium charged for risk taken.  More risk means more interest required.    One can apply this logic when considering loaning money or belongings to a friend or family member.  There are some who we would help for free, and others might require some collateral or payback.  This is a concept of interest.

So what does this have to do with us?  Well, if a fish swims in water its whole life, it forgets that the water is water.  It flows stronger some days than others.  The fish may not be able to perceive this, but if it is swimming upstream on a swift day, it would have to exert more effort than on a calm day.  We are like that fish.  Except, financially speaking, our water is the money and our current is interest. And (you guessed it) that makes our central bank, the Federal Reserve, the dam that controls our stream.

I’ve also heard it described as a moving walkway, like in large airports.  You get sped up if you walk on one.  Even those standing still get a lift.  When the fed lowers interest, it essentially speeds everyone up.  People gain equity in their homes and businesses faster.  Profits increase and stock markets generally do well.  When the Fed raises rates, however, it slows everyone down.  Higher priced money means fewer loans, fewer deals and fewer profits.  Do that long enough, and a recession may develop.

So, why not just crank it to 11 and leave the walkway on high?  Seems like a good idea at first, but over the course of history (not just ours but also other large economies) we see that high-profit times lead to an unsustainable demand problem.  Too much demand and prices will rise faster than profits/sales can keep up.  Inventories drop and the suppliers and manufacturers can’t make enough goods.  This not only hurts companies (lost sales) but also hurts consumers (higher prices).  Wages are soon to follow as workers begin to demand more pay for their time and productivity.  It’s like a house of cards.  You can only build it so high before it succumbs to gravity.

In order to prevent massive deflation (see above house of cards) the Fed will usually raise rates to curtail runaway spending.  Once they raise the rate to equilibrium (possibly 3-4 percent) the walkway has stopped.  But that may not do the trick.  Sometimes we need to be pushed back because we’re still spending too much money and stopping the walkway just isn’t enough.  The Fed will continue to raise rates, turning our walkway into a giant treadmill.  (Try running on that while wearing platform Uggs and balancing your Venti Skinny Mocha and passport while dragging your Gucci bag.)  The hope is that enough spenders will spend themselves into exhaustion and when the money supply dries up, a balance between supply and demand will be restored.  This… takes… time.  And the transition can be painful.  Companies will lose sales and make cutbacks.  At some point unemployment will rise, and it is usually within this era that the National Bureau of Economic Research will declare a recession has begun.

Last week the Fed maintained its posture in the fight against inflation with a goal of reducing it to 2%.  Although their efforts have been somewhat successful, there is still a long way to go, and possible detours along the way.  This is the first time in forty years we have seen inflation of this magnitude in the U.S.  And the first time since 2006 that the Fed has raised rates (slowed the walkway) this much.  Is this time different?  Yes.  And no.   It is different in how it looks and feels.  The ingredients are different, but our reaction should be the same.  Stoic, calculating and shrewd, we should remain.

Good investments are like good friends.  They may not all be strong at the same time, but if they are strong individually, they should be stronger together.  I’m reminded of the verse in Ecclesiastes that says “though one may be overpowered, two can defend themselves.  A cord of three strands is not quickly broken.” (Ecc. 4:12)   Having a diverse array of “strands” in your portfolio is no different.

While writing this, I have been thinking of my friends and family, many of you may be reading this.  As I close out the year with this final blog, I wish you all a very Merry Christmas.  May your New Year find you surrounded by many friends and may your 2023 be filled with good health.

*The opinions voiced in this material are for general information only and are not intended to provide specific advice or recommendations for any individual.

*The economic forecasts set forth in this material may not develop as predicted and there can be no guarantee that strategies promoted will be successful.