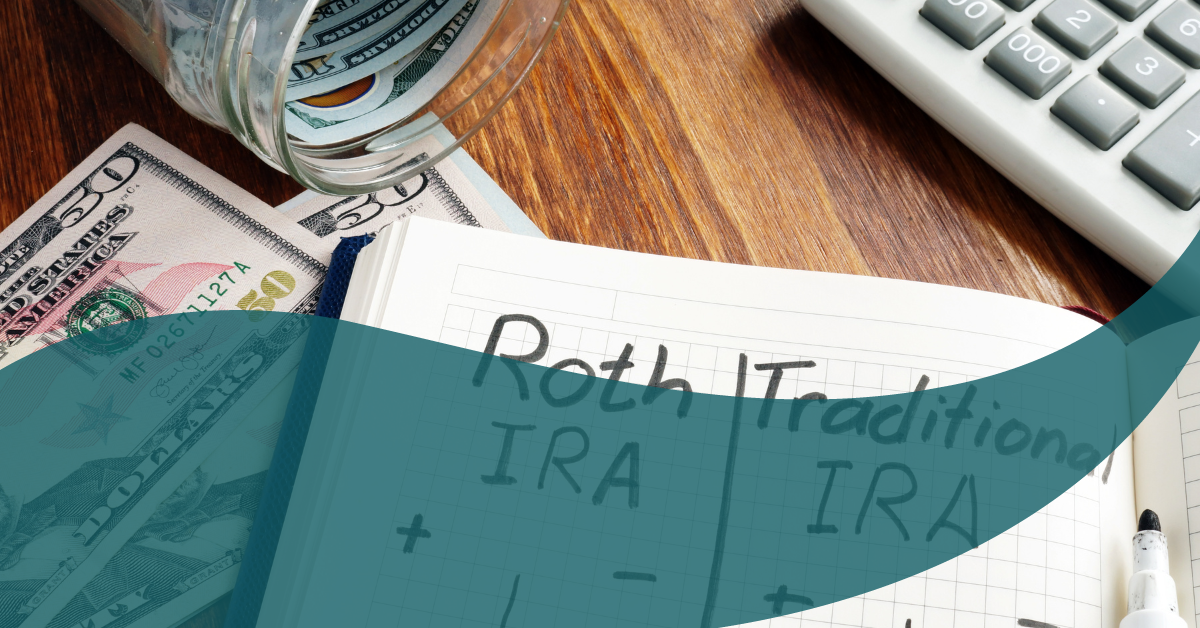 Is a Roth IRA Conversion Right for you?

It has been a tough year for the market. The S&P 500 index so far in 2022 has taken somewhat of a nosedive, at one point dropping 20.6 percent, the NASDAQ dropping nearly 30 percent[i], and as a nation, we have experienced massive inflation especially noticeable with gas and energy, and food prices. But for those of you saving for retirement, the reduction in the value of your portfolios can be potentially beneficial. A sound financial plan may help to alleviate stress in the future when it comes to your retirement.

What is a Roth IRA?

Benefits of a Roth IRA

How the conversion works and the Roth IRA income ceiling

If you are eligible for a Roth IRA to contribute without converting, there is an income ceiling. If you file taxes as a single person, your Modified Adjusted Gross Income (MAGI) has to be under $144,000 for the tax year (2022), and if you are married filing jointly, your MAGI has to be less than $214,000 for the tax year (2022)[iv]. If you already have money in the Traditional IRA you can convert it to the Roth IRA as much as you want, albeit, again, it will be taxed. But it is that simple. If you find that your MAGI is over the threshold but still want to put money into a Roth IRA, you can use the conversion to do it. First, you put your money into a Traditional IRA and then convert it to the Roth IRA (called a “Backdoor” conversion).

Let’s say you converted all your money in your Traditional IRA to a Roth IRA but then decided that the tax bill is too much or wasn’t for you for whatever reason. You have until October 15 of the following year to fix what you did to the way it was before without experiencing a tax consequence. This is called “recharacterization.”

When and when not to convert

The younger you are, the more the Roth IRA makes sense. A young person is potentially in a lower tax bracket, and they have time on their side, and a Roth is typically a long-term financial instrument. If you think you want to take the money out in a few years, you may want to reconsider the conversion. A young person would hesitate to withdraw early due to being penalized (see below). Suppose you are over 70, for example; in that case, you may want to be careful converting to a Roth IRA because if your income is near the qualifying threshold for IRMAA (Income-related monthly adjustment amount), you could end up paying additional costs. What that means is beneficiaries who earn over $87,000 a year and are enrolled in Medicare Part B and/or Part D pay a surcharge that’s added to their Part B and Part D premiums. This is determined from your income tax return two years prior. The Social Security Administration will send notice if you are being assessed IRMAA[v].

As mentioned above, the caveat to converting your funds to a Roth IRA is that you have enough cash to cover the tax bill. Some people consider converting their funds from a Traditional IRA to a Roth IRA with multiple contributions instead of all at once. You would claim each contribution on your tax return as income because doing so in multiple stages might keep you from bumping into a higher tax bracket, so you may want to pay attention to that.

Is my Roth IRA deductible

A Roth IRA is not deductible

Also, if you liquidate early before age 59 ½, are not disabled, have to pay medical insurance premium after a job loss, or are not a first-time homebuyer, there is a 10 percent penalty.

Figuring out where you stand

To begin, you may want to calculate how much you want to convert and figure out the tax to analyze whether the conversion may potentially benefit you. A financial professional can help you work through the numbers.

Important Disclosures
The opinions voiced in this material are for general information only and are not intended to provide specific advice or recommendations for any individual security. To determine which investment(s) may be appropriate for you, consult your financial professional prior to investing.

The Roth IRA offers tax deferral on any earnings in the account. Withdrawals from the account may be tax free, as long as they are considered qualified. Limitations and restrictions may apply. Withdrawals prior to age 59 ½ or prior to the account being opened for 5 years, whichever is later, may result in a 10% IRS penalty tax. Future tax laws can change at any time and may impact the benefits of Roth IRAs. Their tax treatment may change.

Traditional IRA account owners should consider the tax ramifications, age and income restrictions in regards to executing a conversion from a Traditional IRA to a Roth IRA. The converted amount is generally subject to income taxation.

Roth IRA account owners should consider the potential tax ramifications, age and contribution deductibility limits in regard to executing a recharacterization of a Roth IRA to a Traditional IRA.

This information is not intended to be a substitute for specific individualized tax advice. We suggest that you discuss your specific tax issues with a qualified tax advisor.

The NASDAQ-100 is composed of the 100 largest domestic and international non-financial securities listed on the Nasdaq Stock Market. The Index reflects companies across major industry groups including computer hardware and software, telecommunications, retail/wholesale trade and biotechnology, but does not contain securities of financial companies.

All information is believed to be from reliable sources; however LPL Financial makes no representation as to its completeness or accuracy.

This article was prepared by LPL Financial Marketing Solutions

Footnotes:
[i]Stocks fall as Wall Street wraps up its worst first half of the year since 1970 - The Washington Post
﻿[ii]Roth IRA Basics (investopedia.com)
[iii]Explaining the Trump Tax Reform Plan (investopedia.com)
﻿[iv]Amount of Roth IRA Contributions That You Can Make for 2022 | Internal Revenue Service (irs.gov)
[v]What is the income-related monthly adjusted amount (IRMAA)? | medicareresources.org